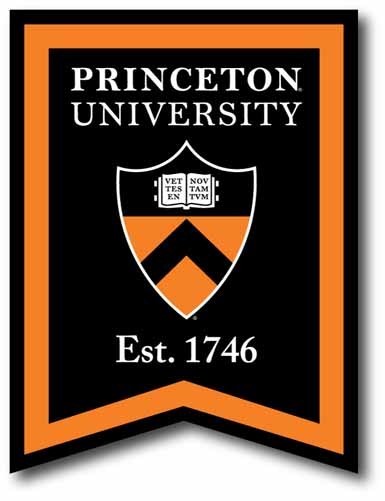 “To succeed at Princeton, you need good study skills, you need to be outgoing, able to express yourself.  And to use the resources available outside the classroom.”

The campus of awe inspiring Princeton University wasn’t always situated in the center of the quaint town of Princeton, New Jersey, fifty-five miles south of New York City, and forty-five miles north of Philadelphia.  This Ivy League school has an extensive, colorful history.  Chartered in 1746 as the College of New Jersey, it was British North America’s fourth college.  First located in Elizabeth, near Newark, the college only moved to Princeton in 1756.

At one time, Nassau Hall, which is currently the hub of administrative undertakings for the university, housed the entire college.  During the American Revolution, Nassau Hall survived bombardment, occupation of troops from both sides and a devastating fire.  George Washington drove the British out of Nassau Hall.  In 1776, the legislative body of the State of New Jersey convened here.

From June to November1783, the Continental Congress assembled in Nassau Hall.

Through these ivy covered doors walked Washington, Jefferson, Madison, and Lafayette.  In fact, nearly every president of the United States has entered Nassau hall, at one time or another.

In the eyes of the students however, the serene beauty of the campus’ current location is a more prominent glory than the school’s historical attributes.  “During the Fall and Spring, the campus is beautiful with lots of green open spaces and students enjoying themselves.  Princeton is a quiet town,” explains Leo Balestri of Swarthmore, Pennsylvania.

Paul Roldan, a Hispanic student from Brooklyn, New York agrees, but admits to some problems with the relative isolation of the campus.  “It’s a very beautiful campus but very boring on the weekends.  Being from New York, it took some time to adjust to the silence of the place.  I usually visit other schools on the weekends as a delegate for my Latino fraternity.”

For the majority of students who remain on campus during the week-ends, non-urban activities abound.  Princetonians are entertained at McCarter Theater by regional drama performers, dance troupes, films, and concerts.  The Princeton University Art Museum, a teaching museum for the Art and Archaeology Departments, houses art collections ranging from ancient art to modern sculpture.  The town of Princeton provides restaurants, shops, and theaters for students who feel like leaving campus but staying in the close proximity. However, Carol Levine of Syracuse, New York, issues a warning.  “Princeton (the town) doesn’t cater to student life…Social life is limited to the campus and revolves mainly around the eating clubs.”

Student run organizations and activities also contribute to the social atmosphere on campus.  Princeton’s debating team, American Whig-Cliosophic Society, the oldest debating society in the country, was founded by James Madison and Aaron Burr.  Members have gone to Poland to give workshops on Parliamentary debating.  Other prominent activities on campus include theater groups, student government, community service, and assorted publications.

For those interested in more athletic pursuits – football, hockey, lacrosse, fencing, track, and crew are just some of the varsity sports in which students participate.  In addition, Princeton University’s facilities include a five-floor gymnasium, Olympic size pool, a gym for health fitness training, and ice rink, and an 18-hole golf course. 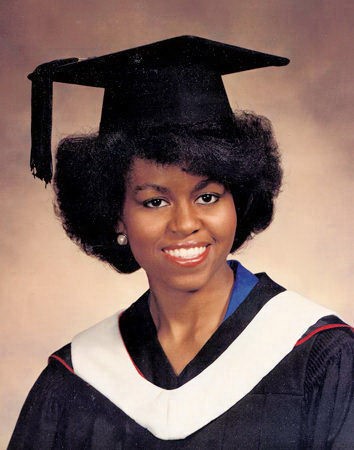 Princeton student body is as diverse as its extracurricular offerings.  The university has a student body of approximately sixty-three hundred students.  There are forty-five hundred undergraduates and eighteen hundred graduate students from the United States and all over the world.  Students from Princeton come from different religious, social, ethnic, and economic backgrounds, and have extremely varied academic interests, although all seem to agree that the university suits the intellectual needs of its students.

“I feel that Princeton combines an incredibly strong academic diversity with an active student body who will be the leaders of the next generation.  The opportunities in the atmosphere challenge you.  My father went to Princeton and I always wanted to go,” said Balestri.

Paul Roldan majors in music.  After graduation he plans to earn a Masters degree in Public Policy at the University of Texas and then go to law school.

Carol Levine recently won the M. Taylor Pyne Prize, the highest general distinction honor awarded by Princeton University.  Levine is a comparative literature major with a 3.9 grade point average.  She is finishing a translation of the French novel les Enfants d’ Athena by Nicole Loraux.  She won the Marshall Scholarship in literature for study in England and plans to spend the next two academic years studying English Literature at the Oxford University, one of the top universities in the world.  Carol speaks French, German, and Italian.  “I wanted to go to Princeton.  As a student I haven’t been disappointed.  The library facilities are among the best in the country.  The faculty is unbelievably brilliant and accessible.  The students use their skills and talents for public service. Princeton has helped me grow not only in literature but politically, intellectually, and maybe morally,” Levine says.

For Jacelyn Swanson, growth at Princeton has meant a major career change. Swanson originally wanted to be a doctor.  She attended a Science Magnate School.  After taking organic chemistry and barely passing, she realized that this wasn’t where her talents lay.  “I’ve had my career planned out since high school but Organic Chemistry at Princeton can make or break you.  I couldn’t face the final.  I was a good writer earning A’s in English.  I never would have had the courage to major in African American studies but new doors opened up to me.  I found my niche,” Swanson says realistically.  “As a minority student, I’m seeing black faculty members who are in-spring, very accessible, and interested in the life of their students.  If you can’t find your niche, you create your own, whether in club activities or an academic program.”

Over 25 programs are offered in the undergraduate curriculum, ranging from American Studies, Computer Science, to Visual Arts.  Princeton has one of the toughest scientific research programs in the United States.  The mathematics department, astrophysics department and German department are the best in the country.

The Woodrow Wilson School, with an enrollment limit of eighty students, prepares students for leadership in public affairs on a local, national, and international level.  The curriculum is policy oriented and emphasizes problem solving within domestic, comparative, and international contexts.  Students who enter the program declare a focus area and work on independent projects.

At Princeton, students look at what they want to do and create a program with faculty advisor approval.  There are no limits.  Students are encouraged to pursue their interests and often create duel majors or combine programs. Swanson adds this piece of advice, “To succeed at Princeton, you need good study skills, you need to be outgoing, able to express yourself.  And to use the resources available outside the classroom.”  Princeton primarily emphasizes undergraduate education, a unique focus for a university.  By design, the Graduate school is small, enrolling only 1,760 students in 37 departments and programs.  Ph.D. programs in art, science, and engineering are emphasized; there are no graduate schools in business, medicine or law.

Undergrads work closely with a distinguished faculty unlike many universities that rely on teaching assistants to interact with students.  At Princeton, you might find yourself in a class headed by a literary genius – Toni Morrison, Joyce Carol Oates, Cornell West or John McPhee.  Or, you could be placed under the tutelage of one of the three faculty members who are recipients of the Nobel Prize for Physics: Eugene Wigner, Thomas D. Jones Professor of Mathematical Physics Emeritus; Philip W. Anderson, Joseph Henry, Professor of Physics; and James S. McDonnel, Distinguished University Professor of Physics.

Roldan discusses his feeling about the faculty.  “Had an incredible professor named Michael Jimenez who helped me.  Advisors will work with you.  The professors are very accessible. The resources are here if you seek them out.”

At this university, resources include far more than a superb faculty.  Princeton students have access to the computer resources that provide electronic mail, public clusters of Apple Mac, Dell PCs, and high quality printer.

Graduates of Princeton are as divergent as the programs offered here.  Brook Shields, Jimmy Stewart, Joshua Logan, Malcolm Forbes, and Carl Icahn are just a few who have graduated and climbed to the top of their careers.  Icahn, a philosophy major with entrepreneurial genius, took over TWA.  Woodrow Wilson, the 27th President of the United States was also a student at Princeton.  He became President of Princeton, and in his memory The Woodrow Wilson School of Public and International Affairs was founded.  Secretaries of State George Schultz and James Baker both graduated from the Woodrow Wilson School.  In fact, Schultz was so impressed by the research done by Princeton students that he donated an endowment to help students continue theirresearch.

How much does it cost to go to Princeton?

Tuition costs for the 2016/2017 academic year is $45, 540.  The room and board rate is $14,835 and books and supplies is $1,050. However, Princeton accepts students regardless of their financial circumstances. All students accepted can receive financial aid on a need blind basis, meaning that if you are accepted, Princeton will try to give you the financial aid you need to go.

When you apply to Princeton, you are competing against the elite.  Out of 12,700 who apply, only 2,000 are accepted.  Complete applications are due by January 2.  Decisions are made in April after all application papers and test scores are received.  Financial Aid packages are awarded simultaneously.

SAT Math and Verbal scores are looked at individually.  Acceptable scores are 719 in Verbal and 720 in Math, although occasionally, students have been accepted with lower scores.  Princeton reviewers look at high school records and how a student has performed in the academic program.

If you want to fish at Princeton, it’s better to challenge yourself and get a B in an advanced level course than to take a course on grade level and get an A. Each transcript is thoroughly reviewed.  Princeton looks for students who commit time to outside activities and use their talents and initiative to make a better world.

Dean of Admissions, Janet Rapelye, who stresses maximizing one’s abilities in order to become a first-rate human being rather than just a competitive candidate, gives this advice.  “Read, read, and read.  Learn a second language.  Spend a year studying abroad if possible.  Develop talents and gain a sense of competence and confidence.  Know that there are many ways to lead a productive and happy life.  Keep your options open.  Develop inside and outside of school what I call the “C” words: citizenship, competence, confidence, character, curiosity, compassion, craftsmanship, and colleagueship.”

The school’s original founders emphasized free and equal liberty and the advantages of education, proclaiming “We hope it will be a means of raising up men that will be useful in other leading professions…ornaments of State as well as Church.”  Princeton’s students heed this call and their motto is “…in the Nation’s service.  Today, the objective of the university is to produce graduates who will take the lead, follow their dreams, and in the end, create a better society for all mankind.