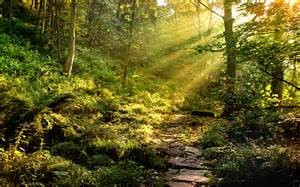 Steinberg lives with his mother and younger brother in a row house in the town of Prospect. His parents have been divorced for two years.  Steinberg’s father lives with his new wife in Miami, Florida.  Steinberg had trouble understanding his parents’ separation at first.  However, he has adjusted to his new lifestyle, without his father, and his family is getting along fine.  He sees his father only a few times a year, but he gets all the family support he needs from his mother and brother.

John Steinberg buried his head in his hands. He was tired of this game.  Ever since the three friends had become teenagers they never could think of anything to do.  The city was huge and begged to be explored.  But now, in the summer heat, they just didn’t have the energy.

Fourteen was too old to do what they did when they were younger – look for frogs in the lake, build clubhouses, ride bikes – and so, they were left with nothing.

“We haven’t seen each other all summer.”  John said.  “Come on, guys, can’t you think of anything to talk about?”

John could have talked about what it had been like to live with his dad and step-mom all summer. He had taken the plane to Florida himself.  He didn’t want to go, but he’d forced himself.  And, his mother needed a break.

His dad took him to ballgames, movies, amusement parks, and campsites.  John had fun, but he didn’t want to admit it.  In Florida, his dad and Suzy had it easy, while his mom struggled in Prospect raising him and his brother.

And John felt weird around Suzy.  What was he supposed to call her?  Suzy?  She was 41 years old.  Mrs. Steinberg?  No, that was pretty dumb.  Mom?  Definitely not.  He called her Susan, but he still felt weird doing it.

He felt a little better about the situation by the end of the summer.  He would overcome it completely if he thought about it enough; after all, perseverance was his most salient trait. His motto was: Where there’s a will, there’s a way.  And if not, there’s a way out.

John did have fun fishing, riding Ferris wheels, and being treated like a king for two months.  The only scary part was the threat of a hurricane in late August, and it was he who convinced his father and Suzy to go further north to a hotel before the storm hit. It was pretty lucky that he had, because people in his father’s development ended up without gas and food, for two days.

John had returned home feeling lucky and gave his mother and brother some nice souvenirs of his trip.  All in all, it was a pretty exciting summer.

John could discuss all of this with his friends, but he didn’t know how to broach the topic.  Or any topic, for that matter, with both Doug and Mike.  Alone, each was fine, but when Doug and Mike were together they just acted stupid.  “Hey, Dog, stop throwing grass at me!”  Mike exclaimed.  “I wasn’t throwing grass at you, Ripskin, and I told you to stop calling me Dog!” Doug said.  “I’m getting too old for it.”

“Enough!” John said.  “You guys both told me what great summers you were going to have while I sweltered down in Florida.  Now I get back up here to hear that, as usual, you were all talk and no action.”

“Ripskin” stood up.  “There was too action,” he said.  He sat down and raised his eyebrows to counteract his friends’ cynical glances. “Lots of action.”

It hadn’t occurred to Mike until just that second that he was about to spin a tall tale of summer romance.  Oh, his summer had started off okay – with a trip upstate to sleep-away camp in the mountains.  But a week of boating and scavenger hunts had met with disaster.

It started with a rabid raccoon, or what looked like one.  One day, three of the “Superstars” – the group for boys aged seven and under – had told a crazed raccoon they’d seen.

The camp director, “Fat” Al, warned everyone about it at the morning pow-wow.  “If you see a crazed animal,” he said, “loaming at the mouth…”

Three boys in Mike’s group, the oldest group, fell on the floor and started spitting. Mike knew that almost everyone in his group was getting a little old for camp. “Fat” Al didn’t even get a chance to finish.

The best thing about camp was the snake Mike found and kept in a cage.  He had to hide her from the counselors.  The snake, Madonna, was the envy of the entire bunk.

But, Madonna escaped the day after “Fat” Al’s announcement.  In the middle of the night, Mike noticed the cage open and searched the woods for her with a flashlight.  He went to look under a rock and suddenly felt someone watching him.

There was a pair of beady eyes on a black and white animal.

“Skunk,” said Mike’s bunkmates after the animal had run away and Mike had returned.

“It was a raccoon,” Mike protested. “It sprayed me with its …rabies spray.”

“You idiot,” said a friend.

Mike smelled for two days, and also had poison ivy from his romp in the woods.

When that week finally ended, he broke out in Chicken Pox, which he’d caught

from his little brother, who’d broken out on the first day of camp. He was in the

infirmary for another week.  Then, he caught another snake, but it bit him on the arm.  That was the last straw and he decided to go home.  He spent the rest of the summer working in his uncle’s store for minimum wage.  His mother made him put the $400 he earned into his college fund.  Mike figured that by the time he got to a top college, that would pay for a day of classes and a ride on the bus.

“Well?” Doug asked.  “What was the name of this girl who provided you with the ‘action’ at camp?”

“Oh yeah, I forgot to tell you,” John said.  “This summer I went out with Tiffany, and Doug went out with Debbie Gibson.”
“Shut up,” Mike moaned.  “Not Madonna the singer, just this girl Madonna.  She was really thin and had very nice eyes.”

“Where did you meet her?”
“In the woods,” Mike said.  “She was cool.  We talked all the time.  My bunkmates were real jealous.”

“Did you kiss her?” Doug asked.

Mike swatted him with his baseball cap.  “Duh,” he said.

“She was my girlfriend.”

“So, are you still going out?”

“Nah,” Mike said.  “She left me.  She said our relationship made her feel… sort of caged.’

“You’re telling me,” Mike said, displaying his arm.  “One of her friends went and bit me.”

“Weird,” Doug repeated.  “Well, who would want to be your girlfriend all summer, anyway, Ripskin?”

“Oh yeah?” Mike said.  “Why didn’t you have a girlfriend this summer?”

“I was camping with my family in Arizona all summer,” Doug said.  “What was I supposed to do, Ripskin, date my sister?”

“Yeah,” John said.  “Doug can’t help it if he didn’t do anything interesting this summer.”

Actually, the closest Doug had come to heroism was eating a hero sandwich. The Arizona trip had been uneventful and nobody was very pleased with Doug for most of it.

During the second week of the trip, Doug took out the new camcorder even though he wasn’t supposed to.  He shouted to his mother that he was going to throw his football around, but actually, he had other plans.  He’d found a hole in the girls shower room where he could peek in.

He was going to record his sister with the camcorder, buy a new tape so his parents wouldn’t notice, and sell his sister the tape of her for $50.  She had made $300 babysitting during the school year and hadn’t let him have a cent.

On the way to the girls’ showers, however, Doug was sidetracked by two bearded men discussing directions to a cave that supposedly contained a buried treasure.  Doug searched but never found the cave.  However, he did accidentally drop the camcorder down the Grand Canyon.

“Okay, Doug how were you a hero?” asked Mike.

“Well,” Doug said.  “One day we were all walking toward the Grand Canyon. My dad had his new camcorder with him.  I was fiddling with my new football, and my mom had a purse full of travelers’ checks.  There were these two scruffy-looking guys who came up to ask directions to a certain cave or something. Then they asked if we had a road map.  My mom had an Arizona map we’d bought at a Mobil on the way.  When she went into her pocket book for it, one of the guys pulled out a gun and said, ‘Now empty the rest of it.’”

“Cross my heart,” Doug said.  “Anyway, he said that if we didn’t give him all our stuff, he’d force us into the Grand Canyon.  So, all of a sudden I pegged my football at the dude with the gun.  The gun went flying and my dad caught it. He accidentally dropped the camcorder down the Canyon, but it was a small price to pay for our lives.”

“It’s true,” Doug said.  “I was on the evening news in Arizona.  They called me a hero.  Even ask my dad.  I mean, when he gets back from his business trip.”

“You weren’t a hero; you were lucky,” Mike said.  “If someone’s got a gun and you try to peg a football at them, you could get everyone killed.”

John sighed.  He hasn’t done anything that could compare to having a girlfriend all summer or saving his family from a murderer.