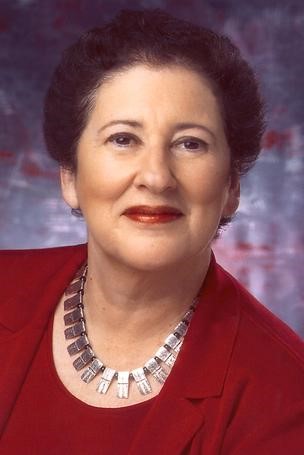 Betsy Z. Cohen, lawyer, banker, and entrepreneur has retired after a successful career.  Cohen has retired as CEO and a board member of The Bancorp, the Wilmington-based bank she founded in 2000.  Cohen has been a trailblazer in the Philadelphia banking community.  In 1974, she founded Jefferson Bank in Philadelphia and served as chairman and CEO of the bank and its holding company, JeffBanks Inc.  In 1999, she sold the $1.8 billion asset company for over $370 million.

The following year, she founded The Bancorp, a virtual bank providing services to small and mid-size businesses and the Greater Philadelphia market area through its community bank and private-label affinity group programs for organizations and institutions, including merchant card servicing.

Betsy Cohen is our distinguished person of the month.

How did she get where she is today?  “I listened well,” she explains.  “I was a good listener to opportunity and myself.”

Growing up, Cohen did not have a specific direction in mind about what she wanted to do.  “I viewed going to school as a job, in a sense,” she says, “and it was what I was supposed to be accomplishing.”  It is this determination and focus on hard work that helped Cohen achieve her goals – goals simply to succeed in whatever endeavour she was involved in at the time, while keeping her mind open and looking for new opportunities.

As a Math major at Bryn Mawr College, an all-women’s liberal arts school, Cohen quickly realized “I would not be Einstein” and changed her major to philosophy.  Taking on new challenges was becoming more comfortable to Cohen, who says that while she was at Bryn Mawr she gained confidence in her ability to succeed.  Because Princeton and Harvard and other top universities did not yet accept women, Bryn Mawr was one of the few intellectually elite colleges for women, and was therefore packed with brilliant young women who provided intellectual stimulation and challenge for one other.  As a result, when Cohen found she could succeed among the women of Bryn Mawr, she knew she could succeed anywhere, and felt able to meet any challenge.  When a professor recommended that she go to law school, she applied and was accepted into the Law School of the University of Pennsylvania.  “I was moving forward,” Cohen says of those years of her life, “wherever forward was.”

Rather than predetermine the direction she would go or the job she would take, Cohen allowed herself to look at her options and change her path when she felt she needed a change.  Upon finishing law school, Cohen took the respected job as a clerk for a judge before moving on to teach law at Rutgers University.

“I looked where the current of opportunity was.”

That current was to lead Cohen and her husband to open a bank in 1969. Since the Cohens both had experience in the legal aspects of economics (at Rutgers Cohen taught this area of law), they decided to take advantage of an economically favorable situation and open a bank outside of Washington, D.C. As an entrepreneur, Cohen tends to look for windows of opportunity, and she and her husband, realized that the time was perfect for them to get the loan they needed.  The lending bank was in a position to take over the bank the Cohens were opening, but the Cohens paid off the debt and kept the bank open.

“I’ve created my own paycheck,” Cohen says. While she did have jobs as a teenager and worked as a clerk and a professor, the jobs she held at the bank are ones she has formed herself.  All the jobs and schooling she had in the past have helped her get where she is today – a successful retired banker. She learned something from each job and each class she took.

“One of my strengths is that everything I do is of interest to me, or if it is not of interest, I make it of interest, or I find the interesting part.  There are just too many interesting things out there to do.”  Cohen has no regrets about any choice she has made in terms of her career and jobs because everything has taught her something she can use.  College and Law School taught her to think analytically and gave her knowledge about law and economics.  Clerking and teaching gave her more knowledge about law, and working to open a bank taught her the rest.  “There were times,” She says, “when we knew outrageously little, and let determination take over.

“To control your own money,” Cohen advises, “read and learn about finance. Inform yourself so you can make the best choices possible.  Then save money from working and take a portion you would be able to lose and invest it in the stock market or in bonds.  You learn best hands-on, she says.  Don’t be afraid to try exploring and experimenting in the economic world.  As long as you restrict yourself to money you can afford to lose, investing your money and observing your own financial situation is the best way to handle money.”

“Living on your own in college is the perfect time to build a credit history for yourself.”  Cohen says a good credit history is key to getting yourself in a position to ask for a loan if you want to open a business, start a project, or do something else that might require more money than you have.  A credit history will show a bank that you have been able to pay your credit card bills in full and on time and that you can handle a payment plan and know how to manage your money.

If you do want to start a business, Cohen recommends learning as much as possible about the area that interests you, looking for as many opportunities as are open to you.  Look into programs for small businesses, like the Small Business Administration or the Wharton School’s Entrepreneurial Department, which gives money to some people from its Venture Capital Fund.  When asking for a loan you want to be able to show the bank that you have thought hard about it.

While giving all this advice, Cohen is serious and thoughtful, obviously very knowledgeable and full of energy about different ways to achieve certain ends. It is this energy and desire to succeed that brings Cohen to the boards of charities and organizations in need of financial advice, such as the Philadelphia Museum of Art and St. Christopher’s Hospital for Children.

The coming years are for Cohen to spend on herself.  She raised her children and went several years with very little sleep. One of Cohen’s young sons, she says with a smile, would be up at five in the morning and would fall asleep at seven, while the other would be up at five and back to sleep at midnight.

The few hours of peace in between were priceless, but she lived with sleep deprivation for years.  How did she get through it?  “You have to ask, what’s important today?”  And you can’t let your current frustration overshadow your long-term goals.  You have to keep saying this won’t go on forever.”

Cohen’s sense of humor has gotten her through some moments that might cause others to explode.  At a Washington’s bankers meeting, Cohen approached a man whom she knew to be the President of a rival institution.  She introduced herself as Betsy Cohen and he introduced himself.  He then asked her, “Do you think you could get me a cup of coffee?”  She did and came back to explain what her position was at Jefferson Bank.  “The poor man almost died on the spot.”  Cohen says today with a laugh.  He asked if there was anything he could do to make it up to her and she replied, “Yes – you could start by getting me a cup of coffee.  Which he did.”

“Being a woman in the banking world can be an advantage,” Cohen says. While there are times it is difficult, the fact that so few women are in a position similar to hers makes it more distinguished.  Cohen just keeps an eye on reality and recognizes that “everyone comes with their own set of values.”  Overall, Cohen has no regrets and looks with excitement the many people she has helped along the way to establish financial security and job satisfaction for themselves.  She has sacrificed herself for years for her family and business, but, as she says “I think statistics show I’ll live another thirty years.  That’s not a bad investment.”

We at Global Teens World wish Betsy Zubrow Cohen all the best of luck in her retirement years.